A new survey commissioned by leading married dating site IllicitEncounters.com has revealed that half of all British married women don’t get enough sex from their husbands.

The One Poll sex survey of over 4,000 married couples across the UK revealed that just over 50 per cent of married women are not satisfied with their sex life, and in some areas of the country it was even higher than that.

In Wales nearly two thirds of married couples (64 per cent) said they were dissatisfied with the frequency of intimacy with their spouse and couples in the South East were the second unhappiest.

West Midlands’ couples were third in the chart followed by couples in the North West and then Yorkshire and Humberside.

The survey also showed that the number of unhappy husbands was even higher with 70 per cent of British married men saying they were not satisfied with their sex lives.

Rosie Freeman-Jones spokesperson for IllicitEncounters.com, who commissioned the survey said: ‘The overwhelming statistic that we got from this survey is that married women and men are not happy with the amount of intimacy in their life.

‘It’s a very serious position that over half of the wives questioned in all regions of the country have said they are dissatisfied with their marriage because of this.’

The survey also showed that this unhappiness in marriage has led to several wives and husbands having affairs.

As many as 1 in 4 married people in London (25 per cent) admitted having at least one affair and couples in the East Midlands (24 per cent), Yorkshire and Humberside (23 per cent), Wales (23 per cent) and North West (22.66 per cent) also had high numbers of married couples having affairs in response to their sexless marriages.

In London 8 per cent of married partners admitted to having more than five affairs. 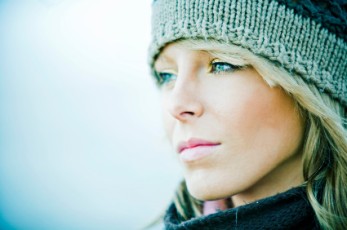 The clocks going back this weekend officially signals the end of British Summer Time. The longer nights will have a profound effect on our emotional states. According to IllicitEncounters.com the number of people seeking to embark on extra-marital relationships rises significantly during the winter months.

Research has shown that 1 in 5 people suffer from Seasonal Affective Disorder. During the winter months, symptoms including lack of energy,withdrawal from friends, family, and social activities and decreased sexual interest in their partner can all lead to depression and lack of pleasure. People suffering from this might seek an extra-marital affair as a way to counter-act the effects of S.A.D.

When people are having, or pursuing an affair, they take greater pains to appear attractive, to take care of their bodies and consequently are healthier. They are having sex more, getting more exercise, and physiologically behaving in ways contrary to the lethargy and inactivity associated with most depression. IllicitEncounters.com see on average 25% higher levels of activity during the winter months compared with the rest of the year.

Infidelity as a means to combat depression is not a new phenomenon. In the 19th century, Madame Germaine de Stael, a French political writer and vocal opponent of Napoleon, suffered severe depression throughout most of her life and used extramarital sex as a way deal with her condition. Whilst suffering from depression she engaged in active and aggressive adultery, entering into sexual encounters with several different men. As a humorous and politically insightful woman she attracted men with ease, and used a string of lovers to help uplift herself from depression. In a letter she wrote, to explain why she had taken yet another lover, “a sort of excitement that would relieve for a moment the terrible weight that was pressing on my heart.”

There are not just psychological benefits in having more sex. Women may be getting something else that can help fight depression, semen. Research conducted by Gallup and Burch reveals that men have a secret chemical weapon. Semen is shown to contain high levels of psychoactive hormones and substances such as testosterone (which can increase a woman’s libido), as well as other neurochemicals such as; norepinephrine, vasopressin, oxytocin, melatonin, epinephrine and other opioids. All of which have a detectable impact upon mood.

Neurochemically, the brain reacts to a new sexual relationship with a tremendous flood of powerful substances that affect mood and energy. Across many different physiological and psychological dimensions, a woman beginning a new relationship experiences an increase in feelings of pleasure, excitement, energy, and interest in life and her new lover.

IllicitEncounters.com spokesperson Rosie Freeman-Jones said; “It is highly probable that men and women are signing up and engaging in extramarital relationships as a result of seasonal affective disorder caused by the onset of longer nights, in an unconscious attempt to overcome those feelings, using one of the most powerful biological weapons available to them, Sex!”

Women Who Stray – Notes on the history and current practice of female infidelity by David J. Ley, Ph.D.