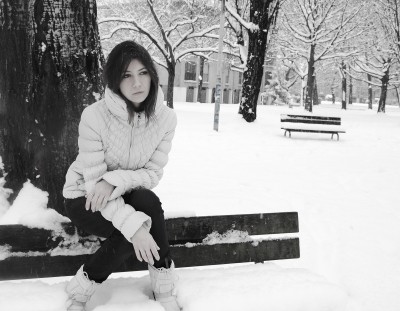 The recent snow fall has led to an influx in new members signing up to look for extra-marital relationships, with the UK’s leading married dating site IllicitEncounters.com reporting a huge spike in traffic and record new signups over the past week.

But what is the reason for the sudden increase in new members, is it the cold weather, the long dark nights or even the post holiday blues? Research conducted by IllicitEncounters.com has revealed that the most common reasons that men stray from their partners are complacency and boredom.

The research showed that men signing up were mostly looking for an escape from their every day life, with the second most common response being “I am looking for more adventurous sex”.

“Women look for a better relationship but men look for better sex, a mix that often drops the man into choppy waters. Men often become bored with functional workaholic relationships that are seen as devoid of passion, stimulation and intrigue. In relationships the grass is always greener elsewhere. The excitement of a secret rendezvous and sexual adventures with someone different could act as a fulfilling stimulant. However, most affairs go undetected as they never escalate or develop into competing relationships”

The study also examined what men looked for in a new lovers’ personality. The majority responded that they are after a woman who is sexually confident, surprisingly almost twice the number who were looking to meet a partner with the same interests and values as themselves.

Dr Holmes added: “Couples tend to undervalue sex in their relationship and for some it becomes a chore–getting in the way of more important things. Too many marriages are based on convenience, or only being together for the kids. This is not just fertile ground for affairs but almost certainly will result in one if either partner is a passionate person. Couples should take the need for good passionate sex as the focal expression of a relationship more seriously.’

A spokesperson for IllicitEncounters.com Rosie Freeman-Jones commented: “The snow has certainly has had an effect on people joining the site. Members have told me that being snowed in has left them longing for excitement and an escape from their unsatisfying relationship and this is only heightened by the January blues. When you have been married for a period of time the mystery and intrigue that played a big part in your initial attraction can fade and leave both men and women craving something more.

It is clear from looking at all our members’ profiles that they are first and foremost looking for some excitement and and see an affair as an injection of fun into their mundane routines.”

Additionally when both male and female members were asked “What type of look did they want from a new lover?” The most popular choice was someone more exciting and exotic than their current partner.