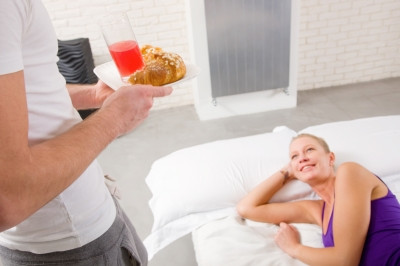 IllicitEncounters.com, the UK’s leading extra-marital dating site, has seen a massive 58% increase in new female members signing up in the first weeks of September. This continues the same trend as September 2013, during which the site saw an extra 10,000 married women joining up in weeks that coincided with the end of school holidays, and the start of a new school term.

As the summer holidays end and reality of ‘back work to blues’ set in, individuals are already looking for a fresh boost to relive the sun kissed joys experienced over the summer holidays. Trips to the beach, constant entertaining and not having to get the kids ready for school, seem a distant memory when faced with a working Monday morning again. The end of summer can mean that the house is now quiet during the day, with a buzz of activity missing. This can lead to people reflecting on their life, with it reported that one in 5 parents will consider divorce after the pressure of the 6 week summer holiday.

Spokesperson for IllicitEncounters.com, Mike Taylor said: “With the holidays over, many people are finding their houses eerily quiet, and with time on their hands – the faults in their relationships become scarily apparent by contrast; so they take the opportunity to join the site and look for a new illicit partner. Many of the new members often say they feel trapped in marriages that are romantically over, but they choose to stay together for one reason or another – particularly if there is a family unit at stake.”

The post holiday blues can also have an effect on office relationships; with a study revealing that affair seekers are more likely to start a office based romance in September than any other month, in search of some escape from the dull daily grind.

IllicitEncounters.com is the UK’s largest and longest running dating site for married people. With over 900,000 members across the UK, you’re sure to find your perfect match.