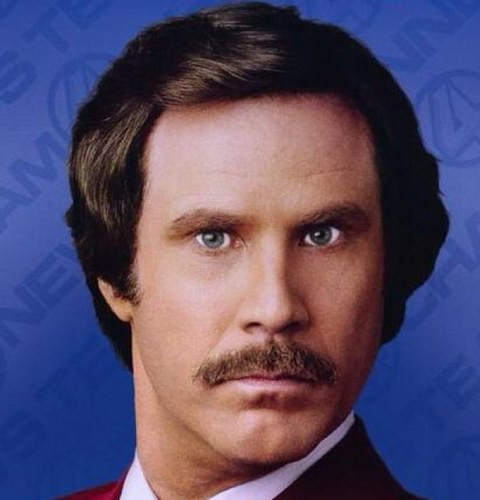 Out of the top five actors people voted to sleep for, the votes were broken up into the following ratios:

“I think the results of this survey are extremely interesting,” Claire Page, spokesperson for Illicit Encounters said, “The number one female actor people want to sleep with is Angelina Jolie – surprisingly 2% of voters were married women. Girl crushes are certainly on the rise in Britain, but she truly is perfection. The number one male actor people want to sleep with isn’t Ryan Gosling, Brad Pitt or even 4th place finalist Chris Hemsworth, it’s Will Ferrell. Sure, he’s not got chiselled abs, as we’ve seen in Blades of Glory, but he’s the funniest man in Hollywood and nothing is sexier than making people laugh – this is especially what our female members look for later in life. They want to have fun and enjoy themselves with their lovers, so Will Ferrell coming top of the list makes perfect sense!”

“Females and males deem different qualities attractive,” said psychologist Lucy Redford, “Usually men focus on appearance initially while women weigh up personality traits. Making someone laugh shows that you’re confident. Recent studies also show that women believe funny men are more intelligent and more honest than those who are serious, and honesty and intelligence are two qualities that make good relationship material, be that long or short term. Speaking purely about evolution, women have always searched for a man who’ll be a good provider and protector; and confidence suggests he’ll be a good protector, while intelligence suggests he’ll be a good provider. This will surely be great news for any man who doesn’t look like Ryan Gosling but can crack a joke!”

IllicitEncounters.com is the UK’s largest and longest running dating site for married people. With over 970,000 members across the UK, you’re sure to find your perfect match.