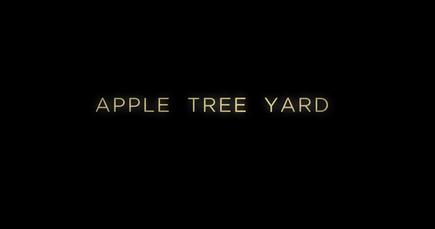 There are certain pieces of entertainment that transcend television and inspire us in real life. One such show, Apple Tree Yard, has done just that, with many flocking to have an affair as a result.

IllicitEncounters.com, the UK’s leading dating website for married people and the leading authority on infidelity, has seen a 42% week-on-week increase in the amount of people signing up to the site – an increase that it attributes to the debut of Apple Tree Yard.

In fact, the effects of the TV show were immediate, as 10:00pm on Sunday 22nd, right after the first episode finished airing, was the site’s busiest point on the weekend, with 13% more visitors than at any other point during that weekend.

New members were clearly motivated by the show, with many adopting usernames inspired by its characters and actors; the most notable were ‘A Costley Affair’, ‘Adam’s Apple’ and ‘Sussanahversary’, to the slightly more audacious ‘Mark’s Boner’.

The site’s spokesperson, Christian Grant, expands on the significant impact the BBC drama has had:

“We’ve always been inspired and empowered by television and film. Documentaries like Planet Earth move us to protect the environment, while fiction inspires us to emulate the James Bond’s of the world.

“Apple Tree Yard is no different, mobilising thousands of men and women across the country to do something about the loveless and sexless marriage that they’ve found themselves trapped in; seeing a raunchy affair take place on-screen has clearly reminded them of the spark that, for one reason or another, is sorely missing from their mundane relationship, and now they’re doing whatever they can to recapture it.”