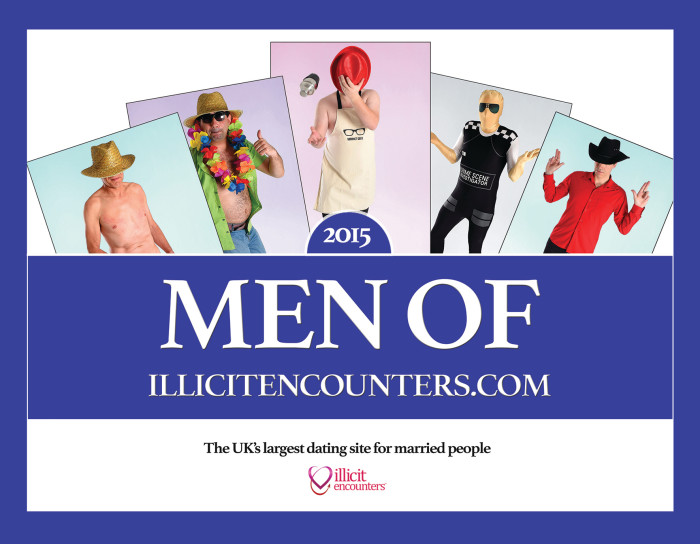 The site, which exists to help married people find an extra marital relationship is celebrating 2015 by producing its first ever calendar. The calendar features real male members of the site, who have carefully concealed their identity whilst showing off their physique.

Spokesperson from IllicitEnconters.com Mike Taylor commented; “We have been helping married people find new relationships for over 10 years now, and we wanted to find a way to show off the great guys we have on the site. Because our members are looking for privacy and discretion it is hard to find ways to show off how great or members are. That is where the idea for the calendar came from, showing our members in a way which protects their identity but also shows women the vast array of men who are on the site.”

Mr July (24HoursFromTulsa) added: “I am looking for a little excitement outside of my current relationship, I still feel youthful and I want to share that with someone who has the same lust for life that I have. That’s why I joined Illicit Encounters and wanted to be in the calendar.”

The calendar follows research from illicit encounters that revealed over one third of people believe they have married the wrong person and over sixty per cent of people wouldn’t think less of a friend if they where revealed to be having an affair.

The Calendar is available to buy from www.calendarcheats.com and will make the perfect gift for someone looking to spend the year with exciting new men.

The full images are available to view and use via www.calendarcheats.com/press

IllicitEncounters.com is the UK’s largest and longest running dating site for married people. With one million members across the UK, you’re sure to find your perfect match!

Established in 2003, we have been providing a meeting place for like-minded married and attached people for 12 years. Our members have one thing in common – they are all looking for a little romance outside their current relationship. Whether that’s the occasional bit of flirtatious chat, a regular coffee date, or a full-blown affair, that’s up to them.