Look away now fellas, as nearly a third of you (31%) would cheat with a close friend’s partner! That’s according to a survey by IllicitEncounters.com, the UK’s leading dating website for married people, who asked their male members whether, if given the chance, they’d cheat with their best friend’s partner.

Spokesperson for IllicitEncounters, Christian Grant, explained: “The idea of a ‘bromance’ only goes so far. It’s all well and good saying that you’ve got your friend’s back, but, when presented with the opportunity, a significant amount of men abandon all code and loyalty, acting purely on instinct.”

An anonymous respondent shed a little light on the situation, stating: “The buzz from the proximity/danger would be amazing,” before adding that “it would be difficult to maintain that relationship for any length of time.”

The survey also found that, astonishingly, 17% have already cheated with a close friend’s partner, with this respondent describing his experience: “She was hot. We were both frustrated with our home lives. We had the perfect excuse to see each other often. In terms of the experience it was great whilst it lasted. Very intense physically. It became more difficult though as her relationship was breaking down from both parties’ perspective and I felt she was looking for more from me.”

Another added: “We always flirted and laughed so when her husband went away I took her out one night and we ended up in a delightful 5 year-long affair.”

Grant adds: “It might be shocking to some, but things of this nature happen all the time, and not just to a guy that you know – everyone is susceptible. Heck, just look at Simon Cowell. Sure, he’s not proud of what he’s done, and he probably knew beforehand the potential implications of sleeping with his best friend’s wife, but that didn’t stop him – now he’s a father, albeit a happy and proud one.”

Interestingly, IllicitEncounters also surveyed their female members, posing the same question. In complete contrast to the men, only 12% of women claimed that they’d cheat with a close friend’s partner, with just 10% admitting that they’d already done the deed.

In fact, the general consensus amongst women was that friendship was far too precious to risk for an affair. An anonymous respondent said: “Never make love by the garden gate, love is blind but the neighbours ain’t!” As one respondent put it, “some things are sacrosanct. Friendship is one of those things.”

New information released today by married dating website IllicitEncounters.com crushes the argument that people who have no God have no moral compass.

Atheists have less affairs than Christians in the UK with more than ten Christian adulterers for every one Atheist.

IllicitEncounters members were asked what religious group they belonged to and Atheists scored only 6%, compared to 64% classing themselves as Christian.

“It’s incredibly ironic that Atheists are more faithful than Christians,” Claire Page, spokesperson for IllicitEncounters.com said, “It proves the argument that what some people perceive as immoral – like adultery – isn’t increased by the lack of spiritual guidance. If the only reason you don’t kill someone, or steal, or covet thy neighbour’s wife, is because it tells you not to in the bible, to me, that’s a lot more worrying. To me, that says you can’t think for yourself what is right and wrong. Besides, for us and our 987,000 customers, we don’t look at affairs like most people do. There are many reasons people have affairs, it’s not as black and white as some people think.”

“Often, non-believers have a better interpretation of what is wrong and right than believers.” Psychologist Lucy Redford said “One of the main reasons people step away from Christianity is because they see hypocrisy, guilt and double-standards in the scriptures. For many, following a value system in a world that seems crippled with warped ideas and moral codes is, on one hand, a saving grace, but atheists are independent in their thinking – they don’t have an organisation telling them how to think, and they challenge any organised systems, like religion, government, work or politics they see as unjust. They don’t believe God makes everything happen – instead they make their own luck and take responsibility for the consequences.”

Which Religious Group Do You Belong To?

IllicitEncounters.com is the UK’s leading dating site for married people. With over 987,000 members across the UK.

Established in 2003, we have been providing a meeting place for like-minded married and attached people for nearly 12 years. Our members have one thing in common – they are all looking for a little romance outside their current relationship. Whether that’s the occasional bit of flirtatious chat, a regular coffee date, or a full-blown affair, that’s up to them. 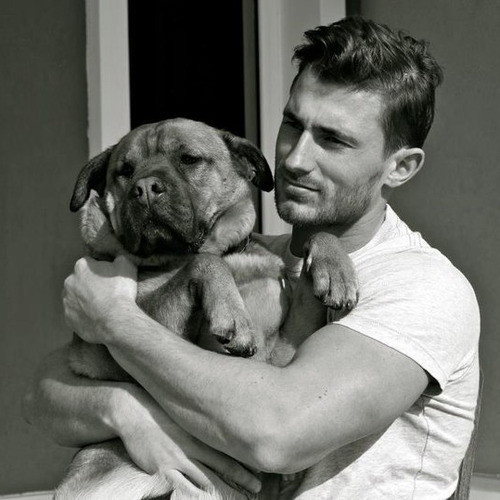 Marriage is made to last when it has its ruff stages, as research released today showed that those who own pedigree dogs are least likely to stray.

New research conducted by IllicitEncounters.com, the UK’s top married dating site with 1 million members, showed that of the 1,000 people in the UK surveyed, all of whom are having affairs, only 18.4% of them are dog owners. 816 of the 1,000 surveyed did not own dogs, did not have pets or else owned other animals, such as cats, hamsters, goldfish, snakes, guinea pigs, rabbits or budgies.

“There are many different reasons people have affairs,” Claire Page, spokesperson for Illicit Encounters said, “Some people do it for companionship. Others do it because their partner travels often and they feel lonely, or because they think their partner is also having an affair so they feel it’s only fair. People want to feel adored, loved, important, valued, treasured, listened to, thrilled, or in control. An affair is not as black and white as some people think. That’s a prejudice and naïve way to look at it. What’s very interesting is the statistic from our latest survey – the fact that dog owners are the smallest group of people to stray says a lot. It reflects the temper of a dog – loyalty, protectiveness, friendship and affection are all things we associate with canines and people who are faithful.

“That’s not to say that every person who owns a dog won’t have an affair. One of our members is a multimillionaire man who breeds greyhounds. Another one of our clients is a top designer who is having affairs with three different men and owns two Pomeranians.”

Of the 184 dog owners surveyed, the top five breeds were-

IllicitEncounters.com is the UK’s largest and longest running dating site for married people. With over 970,000 members across the UK, you’re sure to find your perfect match.