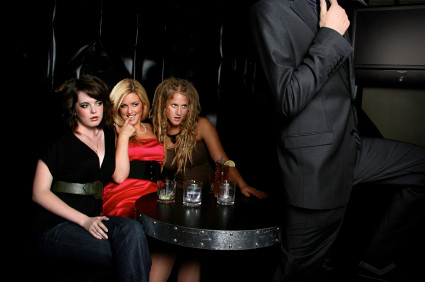 It is almost expected that a Stag will be temped to get up to no good on his last night of freedom as a single man. As the bright lights of Vegas call, an endless supply of drinks, a bevy of beauties gyrating in thongs, surrounded by friends and no future wife in sight; it’s a classic setting for a fidelity slip up with “What happens in Vegas, stays in Vegas” as the group mantra.

There is however a new tribe in town who rival the need to enjoy their last night of ‘freedom’ even more than their clichéd counterpart: Hens on a mission. These ladies aren’t going to sit at home worrying what their future spouses are up to, they simply have the ‘If you can’t beat, them join them’ ethic and see an opportunity to put traditional values to one side for the night.

The Hen party allows a forgotten night of activity with a ‘Get out of Jail free’ card mindset of reasoning. In the same way many name drinking as a top reason for an indiscretion, this one wild night before committing to “until death do us part” makes it acceptable to behave out of character while they are swept away with a potent cocktail of festivities and ‘last chance’ undertones.

Illicitencounters.com, the UK’s largest website for married people, surveyed both their male and females members back in 2011, finding that 11% of men to only 3% of women admitted cheating on their stag & hen nights. When they ran the same survey again this Spring – the ladies nearly equalled the men in the cheating stats. This total change of trend in a classically male arena shows a massive shift in times, and attitudes.

With this change in mind, lllicitencounters.com also wanted to see if ‘Bro code’ rules applied to ladies and asked on a recent survey “Does what happens on a hen do stay on a hen do?” A strong 91% females members answered ‘Yes’. It seems Sisterhood can more than match the classic ‘Bro code’

Rosie Freeman-Jones, spokesperson for Illicitencounters.com comments “Today Women are just as empowered, if not more so than men to look out for their ladies, sticking firmly together whatever a friends actions maybe, and hen party antics are no exception”.

Illicitencounters.com member* Alice Smart, 35 from Surrey, told us “I did have a one night stand on my hen party, but in a strange way I felt entitled to. I could not wait to marry my husband, but I also felt a burning desire to behave as if I was a single girl that night. When I confided in my girlfriends they were non judgemental and could understand why the temptation to have one last throw away night would appeal”

So while Stag nights remain in the *top 3 of occasions where females worry their partner will stray, Hen parties look set to place themselves firmly in the mind of males: not so cliché… 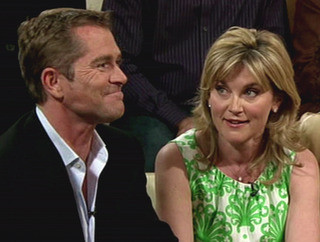 Anthea Turner has announced her split from husband Grant Bovey after 13 years of marriage. Whilst there has been no official comment on the reason for the split, It is claimed he had been having an affair with a socialite 26 years his junior. Grant who previously left his former wife for TV presenter Anthea, is said to have started the extra-marital relationship whilst Anthea was pursuing a career in Canada.

Whilst a man having an affair with a younger woman may seem like a familiar event, research by leading extra-marital dating website IllicitEncounters.com appears to show an emerging trend in Men and Women looking to have an extra-marital relationship with someone their own age. The majority of members are looking for a relationship with someone who they can form a deep emotional and intellectual bond with, as well as a physical one. A shocking 78% of men and 82% of women of the 800,000 members of Illicit Encounters are actively looking for an affair with a partner in their own age range (A maximum of 10 years older/younger).

Spokesperson for IllicitEncounters.com Mike Taylor said: “There are multiple reasons why people seek relationships outside of their marriage, whether it is due to getting married to young, drifting apart or economical reasons. It is also not unusual for couples to come under strain whilst one of them is away from home for long periods of time. Our members are not looking to breakup their marriages, just to fulfil something that is missing from within their relationship be it physical or emotional. They understand it is unlikely they will find fulfilment with someone who is vastly different in age or intellect from themselves.”

In an interview earlier this year, Anthea said she accepted part of the blame for her marital problems, admitting that ‘Long periods apart are never good for a healthy relationship’ however the results of a OnePol survey, reviled that only 21% of married women could forgive and move passed an affair, whilst in comparison 27% of men could forgive a marital indiscretion.

IllicitEncounters.com member, James (54) from London, said: “Having heard about the story I think it is unlikely that Grant was looking to fulfil an long-term emotional void by having an affair with a younger woman. It was most likely just an affair of opportunity. When I have had affairs in the past with much younger women they often do not last long term, and leave both of us dissatisfied. Women who I have met around my own age are more likely to share my interests and I can have interesting conversations with them.” 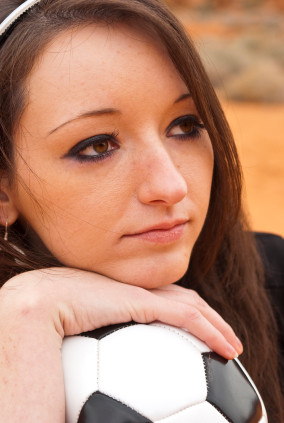 Thousands of football widows have flocked to extramarital dating site, IllicitEncounters.com, as world cup frenzy is leaving them feeling neglected by their partners. The website has reported an average of a 67% rise in female activity since World Cup fever swept the nation.

Leading UK marital affairs website IllicitEncounters.com, which has over 850,000 members, is seeing a surge of new member sign-ups as the tournament is due to begin. The recent friendly match between England and Peru showed just how invisible ladies are already beginning to feel as their partners are distracted; the site saw a 200% increase in female activity. Over the last few weeks they have seen nightly increases of up to 82% in new female traffic, with an overwhelming majority citing, ‘world cup neglect’ as the reason for joining.

Mike Taylor from IllicitEncounters.com said: “There is a large number of women who are feeling neglected due to world cup fever being their partner’s number one priority. Some of the new members even mention the fact they had signed-up just because they were sick and tired of coming second to football matches and decided to ‘play away’ themselves during the world cup.”

Charlotte 38 from Manchester who joined the site just before the England and Peru game, made it clear in her profile that she was looking for someone to fill the gap during the world cup commenting: “World cup season is upon us and I have become invisible to my man I am looking for someone who is fit, active and looking to meet up during matches for some fun.”

Mike Taylor adds: “Some new females have actually been surprisingly explicit about what lead them to join the site, citing instances when they were neglected while their partner spent hours at the pub, or those who were completely ignored at home, apart from the occasional request for beer and snacks.”

So while some footballers may have more experience in dealing with affairs illicit encounters, expect these figures to serve as a wake-up call to the majority of British men – if you don’t pay attention to your ladies, they are not afraid to go and find someone who will. Most likely someone who’s into salsa dancing or doubles tennis.

IllicitEncounters.com is the UK’s largest and longest running dating site for married people. With over 850,000 members across the UK, you’re sure to find your perfect match. 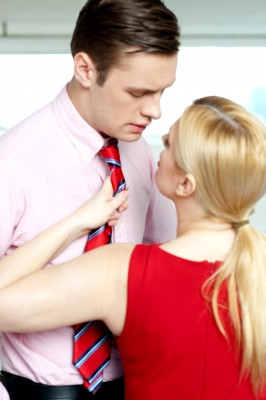 Work-place romances set are set to sky rocket as work based stress hits a 20 year high. A new study by the UK Commission for employment and skills has relieved that Britain’s employees are feeling more insecure and pressured at work than at any time in the past 20 years.

Findings from the 2012 Skills and Employment Survey (SES) claimed that more workers are feeling they are increasingly worried about losing their job or suffering a loss of status and unfair treatment at work. This supports earlier findings by Leading married dating websiteIllicitEncounters.com and NotAtWork.co.uk, who commissioned a study to investigate the impact of stress on the number of office based romances.

The study showed that those employees that work longer than 45 hours a week or have stressful jobs are almost 5 times more likely to embark on an extra marital affair.

Spokesperson for IllicitEncounters.com, Mike Taylor, said “Working longer hours without additional pay or benefits can push people into making bad relationship decisions. Workers can find themselves in the office late at night, exhausted and feeling low and take comfort with a co-worker in the same situation, this can then develop as they spend more time with each other than they are with their spouses.”

Over 54% of all workers admitted that at some-point in their career they have considered engaging in a work-based affair and this study shows the likelihood of them doing so escalates exponentially when working hours are increased.

It estimated that more than seven million people a year in the UK work unpaid extra hours to hold on to their jobs and with stress and job insecurity on the rise, businesses could be heading for a work based infidelity epidemic.

Employers need to recognise that squeezing more hours out of their workers maybe counter-productive. The study demonstrated there is a clear correlation between an increase in stress in the workplace and a rise in the number of work based affairs. It affects their workers’ morale, their physical and mental well-being and as this study has shown, can also be detrimental to their personal relationships. None of these are of any long term benefit to any companies. Whilst the majority of businesses acknowledge that office romances can have a negative impact on productivity very few are taking the necessary precautions to stem the increase.

IllicitEncounters.com is the UK’s largest and longest running dating site for married people. With over 800,000 members across the UK, you’re sure to find your perfect match.